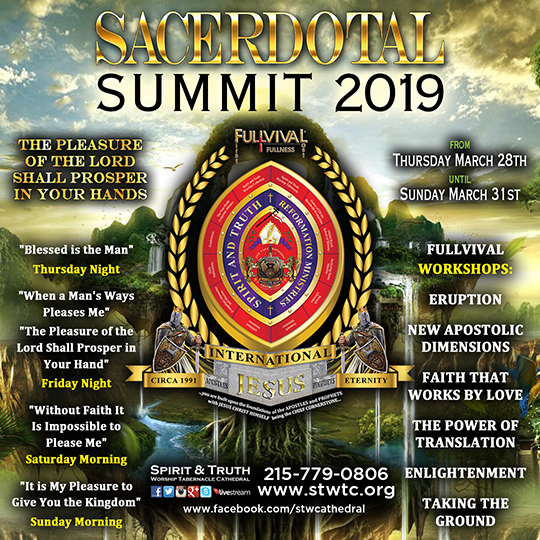 MESSAGE NOTES AND OUTLINES FOR

“FAITH THAT WORKS BY LOVE”

“THE POWER OF TRANSLATION”

28 “After this, I will pour my Spirit on everyone. Your sons and daughters will prophesy.
Your old men will dream dreams. our young men will see visions. 29 In those days I will pour my Spirit on servants, on both men and women.30 I will work miracles in the sky and on the earth: blood, fire, and clouds of smoke. 31The sun will become dark, and the moon will become as red as blood before the terrifying day of the Lord comes.” 32 Then whoever calls on the name of the Lord will be saved. Those who escape will be on Mount Zion and in Jerusalem. Among the survivors will be those whom the Lord calls, as the Lord has promised.

7-8 Naturally there are different gifts and functions; individually grace is given to us in different ways out of the rich diversity of Christ’s giving. As the scripture says: ‘When he ascended on high, he led captivity captive, and gave gifts to men’.

9-10 (Note the implication here—to say that Christ “ascended” means that he must previously have “descended”, that is from the height of Heaven to the depth of this world. The one who made this descent is identically the same person as he who has now ascended high above the very Heavens—that the whole universe from lowest to highest might know his presence.)

11-13 His “gifts to men” were varied. Some he made his messengers, some prophets, some preachers of the Gospel; to some he gave the power to guide and teach his people. His gifts were made that Christians might be properly equipped for their service, that the whole body might be built up until the time comes when, in the unity of the common faith and common knowledge of the Son of God, we arrive at real maturity—that measure of development which is meant by the “fullness of Christ”.

14-16 We are not meant to remain as children at the mercy of every chance wind of teaching and the jockeying of men who are expert in the craft presentation of lies. But we are meant to hold firmly to the truth in love, and to grow up in every way into Christ, the head. For it is from the head that the whole body, as a harmonious structure knit together by the joints with which it is provided, grows by the proper functioning of individual parts to its full maturity in love.

Dreams; Visions; Prophecy; Prophesying; Spiritual Gifts given to all; Re-alignment and Repositioning of members to be fitly framed together and compacted; where every member brings its measure to the Body; Growth and increase; Edification and Love;

According to the grace of Christ

According to the effectual working of every part

I thank God for you, and pray for you

15-19 Since, then, I heard of this faith of yours in the Lord Jesus and the practical way in which you are expressing it towards fellow-Christians, I thank God continually for you and I never give up praying for you; and this is my prayer. That God, the God of our Lord Jesus Christ and the all-glorious Father, will give you spiritual wisdom and the insight to know more of him: that you may receive that inner illumination of the spirit which will make you realise how great is the hope to which he is calling you—the magnificence and splendour of the inheritance promised to Christians—and how tremendous is the power available to us who believe in God.20-21 That power is the same divine power which was demonstrated in Christ when he raised him from the dead and gave him the place of supreme honour in Heaven—a place that is infinitely superior to any conceivable command, authority, power or control, and which carries with it a name far beyond any name that could ever be used in this world or the world to come.22-23 God has placed everything under the power of Christ and has set him up as head of everything for the Church. for the Church is his body, and in that body lives fully the one who fills the whole wide universe.

Paul prayed that these believers would know more of the Lord and receive that inner enlightenment or IMPARTATION so they could realize how great is God’s HOPE FOR THEM AND THE MAGNIFICENCE AND GLORIOUSNESS IS THEIR INHERITANCE AND HOW TREMENDOUS IS THE POWER AVAILABLE TO THEM. He so wanted God to reveal Himself to them. They had achieved, by trusting Christ Jesus, a noticeable level of faith because Paul heard of it long before He got there. It was time to go to their next level of faith and their next level of glory. It was time to believe “for what they could not see or understand from the natural viewpoint.”

1 Simon Peter, a servant and an apostle of Jesus Christ, to them that have obtained like precious faith with us through the righteousness of God and our Saviour Jesus Christ:2 Grace and peace be multiplied unto you through the knowledge of God, and of Jesus our Lord,3 According as his divine power hath given unto us all things that pertain unto life and godliness, through the knowledge of him that hath called us to glory and virtue:4 Whereby are given unto us exceeding great and precious promises: that by these ye might be partakers of the divine nature, having escaped the corruption that is in the world through lust.

Here Peter is revealing what faith can do for us. It can cause “grace and peace” to be multiplied as we step into the knowledge of God’s Power. Peter revealed that “by acting by faith in the trust and belief of God’s Promises, we would share in His DIVINE NATURE AND ESCAPE THE CORRUPTION OF THIS WORLD THAT OPERATES THROUGH THE SPIRIT OF LUST.

For I determined not to know anything among you, save Jesus Christ, and him crucified.3 And I was with you in weakness, and in fear, and in much trembling.4 And my speech and my preaching was not with enticing words of man’s wisdom, but in demonstration of the Spirit and of power:5 That your faith should not stand in the wisdom of men, but in the power of God.6 Howbeit we speak wisdom among them that are perfect: yet not the wisdom of this world, nor of the princes of this world, that come to nought:7 But we speak the wisdom of God in a mystery, even the hidden wisdom, which God ordained before the world unto our glory:8 Which none of the princes of this world knew: for had they known it, they would not have crucified the Lord of glory.9 But as it is written, Eye hath not seen, nor ear heard, neither have entered into the heart of man, the things which God hath prepared for them that love him.10 But God hath revealed them unto us by his Spirit: for the Spirit searcheth all things, yea, the deep things of God.11 For what man knoweth the things of a man, save the spirit of man which is in him? even so the things of God knoweth no man, but the Spirit of God. 12 Now we have received, not the spirit of the world, but the spirit which is of God; that we might know the things that are freely given to us of God.13 Which things also we speak, not in the words which man’s wisdom teacheth, but which the Holy Ghost teacheth; comparing spiritual things with spiritual.14 But the natural man receiveth not the things of the Spirit of God: for they are foolishness unto him: neither can he know them, because they are spiritually discerned.15 But he that is spiritual judgeth all things, yet he himself is judged of no man.16 For who hath known the mind of the Lord, that he may instruct him? but we have the mind of Christ.

God is revealing is power and wisdom. He wants to make known unto us His plans and purposes. He is revealing what was previously hidden because this is His ordained time to reveal this wisdom. It is ordained for our glory; designed to bring glory, honor and heavenly stewardship of the earth through Christ Jesus. We have and can receive this wisdom and glory by the Holy Spirit. We have received Him that we might know what God has already prepared for those of us that love Him. Which things we must SPEAK. THE HOLY Spirit will teach us what to speak. He will teach us to speak the “mind of Christ”.

FAITH THAT WORKS BY LOVE

“THE POWER OF TRANSLATION”

“…WHEN A MAN’S WAYS PLEASES THE LORD…”

“…THE PLEASURE OF THE LORD SHALL PROSPER IN YOUR HANDS…”

“…WITHOUT FAITH IT IS IMPOSSIBLE TO PLEASE HIM…”

IT IS MY PLEASURE TO GIVE UNTO YOU THE KINGDOM